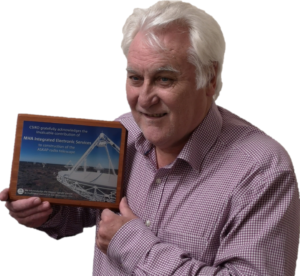 Speak to our led lighting specialists

We formed MHA Intelect in 1997, initially as a designer and supplier of complex PCBs into the Aerospace, Military, Medical, Space and Telecomms sectors.

Australia soon became a strong geographical territory for us and has remained so for 20 years.

This expertise in high technology, high reliability and long-life PCB would later become the key to our ability to design, develop and patent LED lighting technology.

MHA Intelect and Intelect Lighting trade independently of each other, but we wish to extend our congratulations on a recent achievement.

MHA Intelect developed a family of complex PCBs to support CSIRO develop ASKAP, the most sensitive radio telescope on the planet. It was challenging project and one we the company was proud and honoured to be entrusted in.

ASKAP has just completed a 300 hours survey of the southern sky (actually 83% of the total sky) with truly remarkable results as quoted in this report:

The Rapid ASKAP Continuum Survey is like a Google map of the Universe where most of the millions of star-like points on the map are distant galaxies – about a million of which we’ve never seen before.

This new survey proves that we are ready to make a giant leap forward in the field of radio astronomy,” Minister Andrews said.

The telescope’s key feature is its wide field of view, generated by new CSIRO-designed receivers, that enable ASKAP to take panoramic pictures of the sky in amazing detail.

The initial results are published today in the Publications of the Astronomical Society of Australia  .

This record-breaking result proves that an all-sky survey can be done in weeks rather than years, opening new opportunities for discovery.

The new data will enable astronomers to undertake statistical analyses of large populations of galaxies, in the same way social researchers use information from a national census.

“This census of the Universe will be used by astronomers around the world to explore the unknown and study everything from star formation to how galaxies and their super-massive black holes evolve and interact,” lead author and CSIRO astronomer Dr David McConnell said.

With ASKAP’s advanced receivers the RACS team only needed to combine 903 images to form the full map of the sky, significantly less than the tens of thousands of images needed for earlier all-sky radio surveys conducted by major world telescopes.

“For the first time ASKAP has flexed its full muscles, building a map of the Universe in greater detail than ever before, and at record speed. We expect to find tens of millions of new galaxies in future surveys,” Dr McConnell said.

The 13.5 exabytes of raw data generated by ASKAP were processed using hardware and software custom-built by CSIRO.